Lesson 9: How to use PHP functions

ByDr.-Ing. Erik Neitzel
Lesson 9: How to use PHP functions

This brief article shows step-by-step how functions and their parameters are to be used in dynamic web pages coded in PHP such as WordPress scripts. Functions become necessary to cluster all kinds of control structure usage, and they are a great way for WordPress themes and plugins to fully utilize the power of content management systems as a whole.

Very often you will find yourself using the same code over and over again, especially when using string operations or connecting to databases. Normally you would need to copy and paste the same code several times, and as soon as you wanted to change something, you would need to do that as often as you copied the code. Functions can help 🙂

A simple function consists of the following elements:

Let’s look at some examples. Let’s say you want your web application to say hello for as often as you like. But you’re not sure wether you want to rename “hello” to “welcome” at some later point in time. So you will first create a function like this:

That function can now be called within your script using just one line:

The text “Hello” will be presented whenever you call your function that way. If you wanted to change the Hello to something else, you’ll just have to do it at one single code line. That would be your first function.

Now let’s say you wanted to greet your logged in user by his name. The problem here is that every user has a different name, right? You can solve this using a parameter:

The function now has a parameter called “$username”, which is a variable that can be used to greet your user after saying hello. Pretty simple, right? The function has to be called a different way though:

Of course you would not want to code the name Mike the hard way as presented above. You would just pass the login user name the user entered to that function:

<?php sayHello($login_name); // will result in "Hello" and the name the user provided after a successful login ?>

Now let’s say it’s not just about greetings, but about calculation. Let’s assume you often need to calculate the following: $a + $b – $c * 5. You can do this using a function like this:

The function now expects three parameters: $a, $b, $c, will do the calculation you specified and returns the result to you. You can use that function like this:

Some remarks on functions

The other way around, however, needs to be done using the return value as shown in the example above.

These are the basics for working with functions, parameters and return values in PHP. Functions are great. Use them. They will make your life a lot easier 🙂

Of course WordPress is using functions within every single script. Some of those functions can be used specifically within WordPress themes and plugins. For example, you may want to echo the current post title or show a list of all the blog posts within your database. You can get a full reference on those functions here: https://codex.wordpress.org/Function_Reference 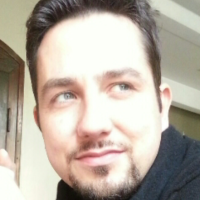 Feel free to send tips and questions via email to: serpbot@serpbot.org